Here at the U.S. Gold Bureau, we prefer our silver in rounds, bars and coins. Take a look at our impressive stock and learn to value the white metal some people love even more than gold. Read more about silver coins here.

Ever since silver was discovered, it has fascinated human beings. The gorgeous white metal is known the world over as a precious element and is used in everything from jewelry to current modern technology. Its conductivity is extremely high and is found in lodes or mines the world over.

Released in 1986, the Silver American Eagle coin carries a face value of $1 but is worth much more than that thanks to the 99.9% silver composition. Produced in three different mints throughout its history, Philadelphia, San Francisco, and West Point, this coin is produced in a bullion version and as an uncirculated proof. The initial design was created by Adolph A. Weinman in 1916. The obverse features a striding Liberty, the sun is at her feet, rays streaming outward. The reverse shows an emblematic eagle with outstretched wings. In one talon is a bundle of arrows. The other holds an olive branch, representing peace. Find uncirculated proofs or bullion of the American silver eagle in a variety of years on our site. You can buy box sets to increase your collection even more so.

The Silver American Buffalo is quite an interesting piece. Although its yellow cousin the American Gold Buffalo is a lot more common and popular, this piece of currency is quite an item to behold. Minted only in 2001, this coin is a bit of a rarity. Just over a quarter million of them were ever produced, and of those only about 1,600 of them are certified as perfect Proof 70 by the NGC. Just like the Gold American Buffalo coins, the silver version has a Native American profile on the obverse, looking right. On the reverse is an iconic buffalo, looking leftward. This design was created a long time ago by James Earle Fraser for the original buffalo nickel. Now, it can be seen on the gorgeous, hefty silver American Buffalo dollar coin.

Silver collectors love this precious metal in any shape or size. This includes silver rounds, which to a lot of people just appear to be normal silver coins. Though a true numismatist or aficionado knows that the factor that separates the rounds from coins is the specific government mint. Mints use the word coin for currency that carries a face value and can be used as legal tender. In this way, rounds actually carry no face value, since they aren't legitimate currency. These are simply privately minted coins of silver. Reputable refineries like International Trade Bullion (ITB) mint silver rounds for those silver lovers the world over, who collect the metal for a variety of reasons. Oftentimes it’s for investment purposes, as buying precious metals is frequently seen as a fantastic way to diversify and strengthen an investment portfolio.

Perhaps one of the most famous of America's silver coins is the Morgan dollar. Named for its designer George T. Morgan, this coin has an interesting story. It was minted from 1878 to 1904 and was then brought back again in 1921. These iconic coins were minted in Carson City, Denver, New Orleans, San Francisco, and Philadelphia. The Morgan silver dollar features a profile portrait of Liberty on the obverse and it depicts an eagle on the reverse. The eagle has its wings outstretched and in its talons it clasps an olive branch and a bundle of arrows. At the U.S. Gold Bureau, you can find silver Morgan dollars from multiple years of minting as well as from multiple mints; you can find uncirculated proofs as well as circulated examples of the coin. Regardless of your collection, you should be able to spot a Morgan you haven't yet acquired.

The Peace Dollar was named as such because it was designed and produced after World War I. The design was selected in a contest hosted by the U.S. Mint. The winning design is meant as a symbol of peace. Anthony de Francisci won that contest and got to design this now-famous piece of American currency. The minting started in 1921 and stretched to 1928. Afterward, the U.S. Mint brought it back for a brief stint in 1934 and 1935. The coin itself features a Lady Liberty in close-up profile on the obverse. The reverse shows a bald eagle perched, rays of sun streaming up toward him from below. At the U.S. Gold Bureau, we carry a number of differently graded coins from both the NGC and PCGS. Find a Peace dollar from your favorite year and snatch it up before someone else gets the same idea.

True silver lovers amass the metal in all forms. At the U.S. Gold Bureau, we're proud to offer an impressive array of internationally minted silver rounds and coins; from Canada's Silver Maple Leaf to the gorgeous Silver Philharmonic, Austria's silver dollar coin. You can even find commemorative pieces like the Canadian Niagara Falls coin, which carries a whopping 10 ounces of silver and carries and a face value of $50. For the superhero fans, Canada mints a $50 Superman coin, which features the classic comic book hero flying outward, bursting through gold plated comic pages.

A lot of people choose silver due to its investment potential. Some collect it because silver just happens to be what the coins they're collecting are made from. Some people collect silver for both reasons. At the U.S. Gold Bureau, you can find historic coins like the Peace dollar or Morgan dollar from a variety of different years. They'll all have more or less the same metal composition. See, before 1965, coins that were minted in the U.S. would contain about 90 percent silver while the rest was copper. By 1970 however, this process had been phased out and silver was no longer being used in U.S. currency. Numismatists and savvy collectors are special fans of silver coins made before 1965. Browse the site to find that perfect Morgan dollar from the year and minting you've been searching for, or browse our vast collection of junk silver and further extend the borders of your historic coin collection.

For those silver fans that are more into the investment side of the precious metal, The United States Gold Bureau has them covered. Coins and rounds are incredibly popular for a number of different reasons, but there is something about a solid, smooth silver bar, the heft of it, the feel of the sleek design and minimalist aesthetic. There is a timeless quality to the silver bullion bar. At The United States Gold Bureau, we offer bars from a variety of manufacturers in a plethora of sizes. Find silver bars from as small as an ounce to as big as a kilo. Whether you've dabbled in gold and enjoyed it, so you're looking at the next most popular precious metal, or if you're simply just looking for a better metal that suits your investment strategy, silver bars are a fantastic choice.

The Potential of Silver

Not sure what to buy? Allow yourself to get lost in the rich history of the coveted Peace dollar; browse the selection of interesting and fanciful world coins; explore bags of junk silver, never knowing when you might find a special rarity; research and then strengthen your investment portfolio by diversifying with silver. You can even invest silver into an IRA account. Take some time to explore our online literature, peruse the products and discover the potential of silver. 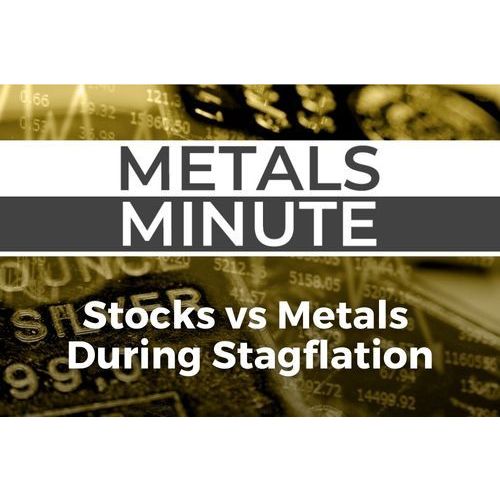 Metals Minute 123: Stocks vs. Metals During Stagflation
All four metals are higher this morning than Wednesday’s update. Take advantage of the down days to add when you...
Read more
Posted in: Silver Gold Platinum Palladium Market Alerts 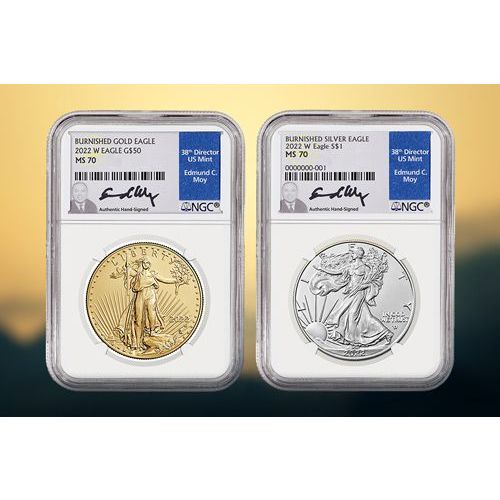