The Yen Continues to Fall. Is the System Solvent? 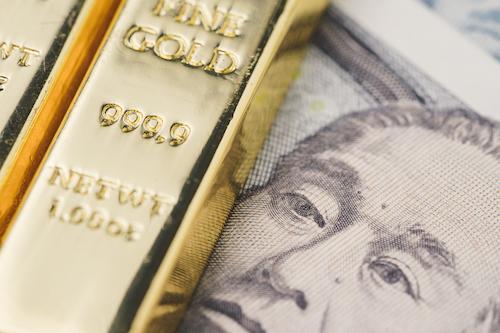 The Yen Continues to Fall. Is the System Solvent?

The Japanese Yen has fallen to a 20 year low against the dollar. There are multiple issues contributing to the declining Yen, but Russian energy supply chain challenges and raising U.S. Treasury rates are putting significant pressure on the G7 currency.

The Bank of Japan (BOJ) is committed to near zero percent interest rates. The BOJ has a 25-basis point buffer up or down from zero percent. The strategy to control interest rates is called yield curve control. Yield curve control is a different form of printing from the quantitative easing the Federal Reserve has used repeatedly. (There are several other terms like stimulus, dovish monetary policy, loose monetary policy and bond purchase programs that Federal Reserve officials use to relieve political pressure instead of calling this strategy what it is: inflationary printing).

What is yield curve control? Yield curve control is the practice of buying an unlimited amount of bonds to stabilize a desired interest rate. Think of yield curve control as a blank check type of policy. Quantitative easing (QE) is the practice of buying a predetermined number of bonds at regular intervals.  Think of QE as a check with the amount written in. Here is an example to understand the concept of yield curve control and why it can be very dangerous. Imagine, for whatever reason, Nike had an economic interest in creating a high-priced market for used Nike athletic shoes. The way Nike was going to create this market was they promised to pay $300 for any used pair of Nikes. Since Nike was willing to pay more than the value of the shoes, there would be strong incentives for anyone with a pair of Nikes to sell. If Nike has unlimited funds, there is no problem. However, Nike does have limited funds and cannot afford to honor its offer if every owner of Nikes sells to get $300. Eventually, Nike is going to have a serious liquidity problem trying to buy the used shoes. The only way this will work is if there are people willing to pay more than $300 for used Nikes.  Now imagine Adidas simultaneously ran a promotion that all new Adidas athletic shoes were $50. People could sell their old Nikes for more than they are worth and buy brand new Adidas for a discount. Essentially, this hypothetical Nike situation is a very similar setup to the BOJ predicament.

At the time of this article, the US 10-year Treasury pays 2.87%. Japan’s current 10-year bond is yielding 0.248%. Japan will buy back all bonds to maintain its low interest rates. Why would an investor stay in a BOJ bond paying 0.248% when the BOJ will pay more than the bond is worth and that money can immediately be put into a US Treasury or Australian bond yielding more than 11x the BOJ yield?

Eventually, like Nike, the BOJ will face a liquidity problem to support its yield curve control. Since Japan will not be able to sell bonds, they will only have three options: continue printing, raise taxes, or liquidate assets from their balance sheet. There is a 100% chance they will keep printing, but that is not working anymore. Raising taxes will be the last resort. This leaves selling assets to raise capital.  It is speculation which assets they would sell, but one BOJ option to fund their yield control is to sell or trade US Treasuries to pay bondholders. The BOJ currently holds 1.3T worth of Treasuries. The BOJ is currently the largest foreign holder of US Treasuries at 18.28%. Wealthy Japanese investors are currently buying U.S. Treasuries with the bond sale proceeds. If Japan floods the market with U.S. Treasuries to manage their yield curve control, the Federal Reserve will probably need to reverse the current tightening course. The Federal Reserve will loosen its own monetary policy again with either QE or full-blown yield curve control to absorb the fallout from Japan liquidating $1.3T. Another trillion in debt and an about face on monetary policy would create even more international doubt to the strength of the dollar. It is probably around this time that we would see major volatility in multiple markets at the same time.

It is pure speculation Japan would liquidate their Treasuries, but it is a scenario we should consider. Treasuries and gold are both considered cash equivalents and will be attractive options to pay for their yield curve liquidity crisis.  The BOJ will want to use paper assets before their tangible precious metals. My assessment is there is at least a 40% chance, Japan will eventually liquidate a substantial amount of Treasuries to cover their liquidity liability. Depending on how many they liquidate, it could significantly pull down the international bond market within a handful of months.  If it is not Japan’s debt problem unraveling the international bond market, it will be something else which leads to a massive market sell off. With so many crises happening in so many places, the dollar and stock market both seem to be very vulnerable to a massive, systemic market reevaluation.

Precious metals have been the trusted protective hedge for thousands of years. Precious metals usually represent a very small percentage of most investors’ portfolios. However, when the worst market crashes happen, precious metals become one of the most important portfolio components. The crisis in Japan is just another signpost letting us know both individually and corporately we need to have a solid financial plan. Do you have a plan? Does your plan need an update? With this type of thing, it is better to be six months too early than one day too late. Call your personal precious metals advisor today to discuss your options. (800) 775-3504

Posted in: Investing, Silver, Gold, Platinum, Palladium
By Ryan Watkins, Op-Ed Contributor
Did you like this post?
0
0
Search The Blog