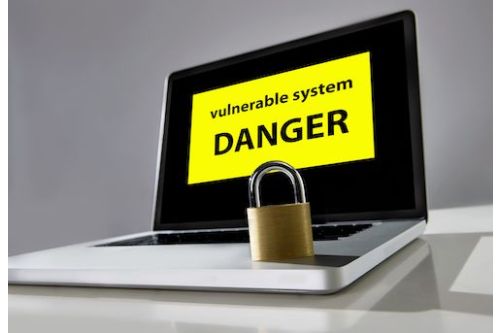 The World Economic Forum (WEF) released the Global Cybersecurity Outlook 2023 report at the 2023 Davos conference. Read the full report here. The report consists of multiple survey questions for more than 300 cybersecurity professionals and business leaders. The key finding was that 93% of cybersecurity experts and  86% of business leaders believe a catastrophic global cyber event is likely in the next two years.

Is it a credible threat?

Cybersecurity is a growing and expensive problem. Around 60% of American companies have experienced a data breach. IBM states the average cost of an American cyber breach is $9.44 million. When remote work was a factor in the breeches, the average cost was $1.07 million more.

Some breaches have astronomical costs. Criminals hacked T-Mobile last summer. 76.6 million accounts were affected. It cost T-Mobile $350 million in fines and another $150 million in required security upgrades. The upgrades were insufficient because Fox News reported that T-Mobile was breached again today, affecting another 37 million accounts. The stock of breached companies lost around 3.5% within three weeks of the breach and underperformed the market by 15% three years after the breach. The threat is real.

The sophistication of attacks is increasing rapidly, and many cyber episodes are coming from Russia and North Korea. Verizon found at least 5,200 major confirmed data breeches in 2021, exposing the personal data of 22 billion records, which is nearly three times the world population. The numbers from 2022 have yet to be published. Preliminary data shows that 2022 numbers may be as much as 78% more than 2021.

Why is the WEF warning so disturbing?

The WEF has an eerily accurate track record of predictions. They got some wrong, but they were right about major economic and societal predictions. Despite the repeated claim that no one saw the pandemic coming, in 2019, the WEFF warned of the dangers of a virus pandemic. In cooperation with the Bill and Melinda Gates Foundation, it held several high-level government simulation exercises for pandemic preparedness and response.

“The world has seen a growing number of epidemics in recent years, with about 200 events annually, including Ebola, Zika, MERS, and SARS. At the same time, collective vulnerability to the social and economic  impacts of infectious disease crises appears to be [sic] increasing. Experts suggest there is [sic] a growing likelihood of one of these events becoming a global threat – or an "event 201" pandemic – that would pose disruptions to health and society and cause average annual economic losses of 0.7% global GDP, similar in scale to climate change. [sic]"

In 2007, Nouriel Roubini, known as Dr. Doom, predicted the brewing trouble in the housing market to the Davos crowd. In 2012, he predicted Greece would default on its debt within a year. He was right that they would default but wrong about the time frame. It took two and a half years from his prediction until Greece defaulted on its debt.

The WEF's prediction of a catastrophic global cyber event should be a loud wake-up call. Geopolitical and military entanglements are more likely going forward. Lack or lust for resources provoked every war in history. Countries struggling with persistently high inflation, supply chain bottlenecks, energy shortages, and collapsing currencies may use cyber attacks to secure resources. Cyber-attacks level the playing field between countries with large militaries and other smaller governments that can't even afford to pay attention. Countries can win wars without firing a single bullet, and market manipulation can happen from across the globe. The environment is ripe for an exponential increase in cyber events.

The issue is trust

Trust creates market stability. Fear is the absence of trust, which causes market volatility. Stock market traders know this and have created a way to make money from the amount of fear in the market called the Volatility Index (VIX). There are millions of cyber-attacks annually. It would only take one successful major cyber event to unleash absolute chaos in the markets. It is easy to understand why 93% of experts think a successful attack is likely in the next two years. The good guys must be right millions of times. The bad guys only need to get it right once. Unfortunately, that is the reality of how fragile the system is. Depending on the event, there could be power outages, bank runs, fraud, massive identity theft, suspended trading, locked accounts, and even violence. History shows these events predictably and consistently create high demand for precious metals. Have you ever wondered why people’s instinct is to flock to precious metals for safety in times of fear and high volatility? They are looking for the thing they know they trust.

Will you have peace of mind? Do you trust the vulnerabilities of the digital world? How would it affect your family if one cyber event wiped out your life savings overnight? Wouldn’t it make more sense to be surrounded by tangible assets not susceptible to digital crime?