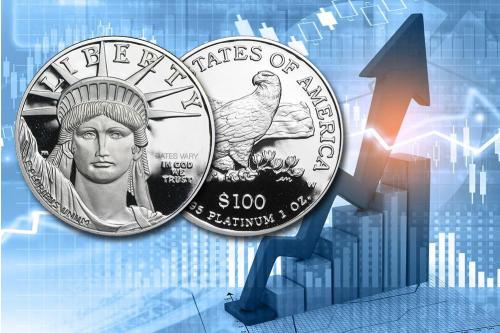 When it comes to investing in precious metals, most investors will tell you that having diversity in your portfolio is quite important, and it very well can be. While gold is often the investment metal of choice, platinum is also a strong choice for many.

Why You Should Consider Platinum

There are a number of reasons for this which we want to explore today. Platinum bullion coins are a good place to start investing in this particular precious metal. However, before buying platinum coins it will help if you know more about this metal and how it can be used. Like gold, a great deal of platinum's value is not just that it can be a store of wealth, but that it is used for industrial purposes.

For those investing in precious metals since 1997, prices have been significantly higher than gold most of the time, sometimes even twice the price per ounce. Generally speaking, an ounce of platinum costs at least 50 percent more than an ounce of gold. There has only been a few times when gold surpassed it in price. The main use of this metal today happens to be in catalytic converters that are put in cars and trucks.

Although palladium is sometimes used, it is not going to be the best choice for diesel trucks which make up the bulk of today's shipping fleets across the United States and much of the rest of the world. As environmental concerns begin to grow, it is likely that platinum bullion being sold on the market today could end up being melted down and used for applications like these.

Automotive catalytic converters are not the only application, platinum is also good for because it is also used as a catalyst in oil refineries and chemical production plants. You will also find that it plays a role in the manufacturing of certain types of computer monitors, hard drives, mobile phones, synthetic fibers, electronic weapons and even medications being developed to treat serious diseases.

In short, this is one precious metal that can do many different positive things.

The market for gold is nearly $2 trillion compared to over $250 billion for platinum, but this is partly due to the fact that the yellow metal is far more common than its more expensive competitor which is found mostly in South Africa today. Most investors will choose platinum coins produced by certain nations that mint investment grade coins, but bars are also another option.

Some of the more popular platinum versions of coins being held as investments include the following coins:

All of these coins are popular for investors, because they allow for convenient storage of the precious metal while also having the advantage of attractive design.

It should be noted that the reason people diversify with platinum is that it is a great precious metal to invest in over the long haul. Prices are expected to reach near the $2,000 per ounce level by the end of 2012 and go up from there as demand begins to catch up with supply. While it may not be the popular choice right now, once it heats up further those who have chosen to hold platinum will be glad they did.