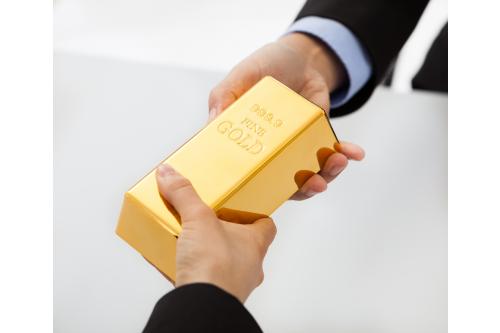 gold price precious metals stock market
“The collapse is coming.” “Bloodbath.” “The US economy WILL crash” “…The dollar, considered the international currency, has become a risky tool for payments.” These are just a few snippets international financial experts are using to reinforce the message that the US economy and dollar will, soon enough, lose its worth. The national debt, trade wars, unemployment, and foreign investors selling on the American dollar are just a few current factors that could have devastating effects on your greenbacks and leave you looking for different ways to invest. With the dollar on the decline and precious metals at staggeringly low prices, these factors may have opened a small window where gold and other precious metals can be bought at a discount.

As the National debt continues to climb, its effect on the dollar can be drastic. Historical evidence would suggest that high levels of government debt could potentially trigger a sudden collapse in the value of fiat money. With the national debt constantly growing, the fear of an economic collapse is very real and many seem to agree- something is on the verge of happening. “The huge US debt will destroy the American economy and lead to a global economic collapse, which is just around the corner,” Kim Dotcom, the founder of the now-defunct Hong Kong-based online company Megaupload tweeted on Sunday. He goes on further to say, “Your USD will become worthless. With US economic collapse all old money currencies will crash.” He has previously called the US debt situation “unmanageable” and cannot dig itself out of its own hole with economic growth, new debt or printing more money. If the US dollar does lose its value quickly, it would create hyperinflation within the economy and thus send it into a free fall. With more and more fears concerning the collapse of the US economy under the massive weight of the national debt, now nearing $21.5 Trillion and adding nearly a trillion more annually, more and more investors are seeing the value of jumping ship from the American dollar and investing into something more tangible- gold.

Foreign traders and governments are shedding American stocks and bonds while also dropping the dollar, thus weakening it further. The Russian Finance Minister is reported to have said that Russia has significantly reduced their investment in American currency citing the dollar as a “risky tool for payments.” Many fear that if the Chinese government follows Russia’s lead regarding US market sentiment, the American dollar and stock market could spiral. And the timing seems like it is as good as gold. With gold being at its lowest level in years, big money speculators are perhaps being too negative on gold. The last time the numbers were this low was December 2015, where gold responded with a “monster rally” according to Jim Cramer of Mad Money. Now, gold is at its lowest rate, currently just under $1,200 an ounce and holding steady. According to a Bloomberg report, gold has reached a stable floor with realistic hopes that all signs point to gold rising in the wake of a weakened American dollar and economy. That report recalls gold’s performance in the past, which confirms this speculation. In July 2015, gold bottomed and within two weeks rallied 11 percent. The second such time was in November 2015, and gold bottomed within three weeks before ultimately rallying 32 percent. At these market levels, gold may be bought at a discounted price and could realistically be expected to gain at a steady rate.

In a trade war, specifically the conflict the US government is currently experiencing; there are no real winners- it limits economic growth, it raises prices for consumers while also raising costs for businesses. On a global level, this trade war could also have detrimental effects on the stock market and the American dollar. The stock market is already feeling the effects of the trade war. The Dow slipped in 9 out of 10 sessions in late June while China and the United States traded blows in the form of export tariffs. Jeff Kleintop, Chief Global Investment Strategist for Charles Schwaba cites trade as a “much scarier prospect” than investors might give it credit for at present. "Imports and exports often cancel out as it relates to the economy," Kleintop said. "But with 50% of the profits of most of the companies in the big indexes being driven by international trade - and that wasn't true 30 years ago but is today - it does have a really big impact on the stock market…" George W. Bush imposed similar steel tariffs as Trump (Bush exempted Mexico and Canada from the tariffs) in a recent example of trade war tariffs in March 2002 scheduled to be in effect until 2005. The WTO would later rule against the tariffs two years after they were put into place. These charts illustrate what happened to the dollar index of this specific period.

As the conflict escalates to an even bigger global scale, the potentiality for the dollar to weaken further is not only realistic but also very likely. More and more experts continue to tout gold as a solid alternative to protect your wealth. The factors that have already and will continue to affect the dollar and US economy do not seem likely to vanish anytime soon.
Posted in: Silver , Gold
Did you like this post?
0
0
Search The Blog
Categories
Recent Posts