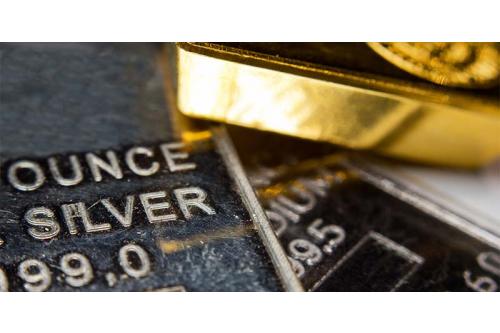 Confident in Gold? Perhaps, Now Is The Time To Buy Silver

(October 12, 2012) - While the idea has popped up in the media a few times in the past couple months, it appears that more analysts are stepping forward to say that the time to buy silver has come. Analysts believe that silver is going to be outperforming its yellow metal cousin in the long run. In a recent interview with The Economic Times, the CIO of Swiss Asia Capital, Juerg Kiener, gave word that he sees gold prices on the rise in the short to mid-term, but that silver is what should really be catching the eye of investors around the world. Gold and silver frequently compete for attention in the hard assets department, but what many are coming to see is that silver is actually highly undervalued and set to take off soon. The investing public, according to Kiener, still holds relatively little gold. He sees that as an area of future growth due to currencies losing their value and general economic volatility around the globe.

(September 21, 2012) - Recent actions by the Federal Reserve have a lot of investors worried that the dollar will see a slide in value, making precious metals look more attractive. The Quantitative Easing that Chairman Ben Bernanke has opted for means a lot more individuals will be looking to start buying silver, gold or any other asset that can take them away from the dollar and help them remain as secure as possible against a potential drop in its value. A recent article by Jeff Mackie in Yahoo Finance's Breakout suggests that the time to invest in gold is at hand and that traders are embracing this notion in numbers; that means prices per troy ounce are shooting up faster than it has been all year. This is fantastic news for those already holding precious metals, but for those who have been waiting to get involved, the time has arrived to get in before prices jump out of their reach.

Those who hold gold assets are typically holding them as a way to stabilize their portfolio against unexpected economic downturns that can wipe out the value of stocks in a matter of weeks, days or even hours. For many, the purpose of having a gold IRA is to achieve long term stability by turning to something other than the often volatile dollar. This, Republicans say, is a thought process they understand. In 2012, GOP presidential candidate Mitt Romney has hinted that a return to the gold standard is something he is interested in pursuing, a fact which is music to the ears of those investing in gold today. If this were to happen it would strengthen their position and quite possibly lead to a sharp uptick in gold's value at the same time. There are many reasons behind the philosophy of returning to a gold standard, but perhaps the biggest one is a fear that if this is not done, inflation could rise at an incredible rate and cause consumers to suffer on a broad scale.

A recent article by David J. Lynch of Bloomberg noted, "Since the September 2008 onset of the financial crisis, the dollar has lost 1.1 percent of its value on a trade-weighted basis." 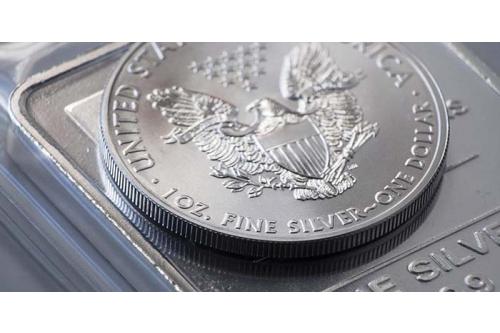 Silver is a popular precious metal for investing purposes, yet a growing number of analysts have determined that silver is currently under appreciated. One of the reasons for investing in silver is that it helps to diversify the portfolio and protect against shifting prices in not just other precious metals, but also stocks and investments that may be part of a given investor's portfolio. While silver prices currently sit at around $27 an ounce, what these analysts are telling reporters is that the metal is vastly undervalued and is set to rise once the markets get wind of this. Simply adjusting for inflation would place silver's value at 5 times what it is now, putting it at around $135 an ounce.

(July 18, 2012) - The United States Mint is well known for producing a number of silver coins that investors and collectors purchase for varying reasons. Generally, those investing in silver are looking for an asset that is going to have a value which is stable over the long run, while collectors are seeking beautiful coins they can also appreciate visually and historically. Media experts believe the recent surge in demand for these U.S. coins may be caused by a predicted rise in silver prices that many investors predict is on the way. Purchasing from a government source guarantees quality, something both collectors and investors care greatly about.

Three of the top silver coins produced by U.S. mints saw sales rise by at least 10,000 coins per week, an impressive figure that shows investors may be looking more favorably upon silver right now. Gold has been in a ten year rally. For those who want to be ready for any changes in value, investing in silver gives them a similar investment that has strong industrial uses to help its value hold no matter what the economy happens to be doing at the moment. If silver prices rise to the levels that some are predicting they will by the end of 2012, those who purchase coins like these stand to hold an asset they can either hang on to or choose to liquidate if they need a source of quick cash.

Economic dips and rises are a reality around the globe, but century after century, investors have turned to precious metals as a way of securing their wealth. Recent commentary in the media has been pointing more and more to the value of holding gold as a means of balancing out one's portfolio of investments, a way to counter the more erratic nature of stocks, bonds, currencies and other investments that have a more fluid nature. What might come as a surprise to some, however, is that some analysts are also saying that silver prices may see rises that will impress, something that used to be in the domain more commonly associated with the yellow metal. For those already investing in silver, or who have used it as a way to diversify their holdings, this is good news and validation that silver has not lost its shine over the years.

With silver showing its mercurial side, precious metals investors must be calm

July 9, 2012 - Just as gold saw a surge at the end of June 2012, silver also climbed by more than 5 percent, impressing investors who wondered how long it might take the white metal to see another significant gain in price. Like any of the precious metals, changes in price are all part of the long term investor's reality.

While silver investors today may not be aware of its reputation among the Ancients, there is a reason that its old symbol was a crescent moon. The crescent moon was associated with fickle Goddesses like the Egyptian's Isis due to the fact that it was pliable and could also oxidize and change its appearance, unlike gold. Among the precious metals, silver is noted for its many applications in different industry, even medical uses. Despite this, because so much of it has been and continues to be mined around the world today, its price is more volatile in the markets.

Silver's value lies in many different uses, ranging from jewelry to medicinal purposes to electronics to solar panels and more, so there are many reasons why its value may rise or fall other than its purpose as a store of wealth. While silver is touted as a monetary asset, not all investors think this way; some are more focused on its value to the industries it is used by.

Every Cloud Has a Silver Lining

bullion silver prices silver coins Silver News silver
Silver is an alluring precious metal that, for thousands of years, has captured the interest of people all over the world.
Posted in: Silver
Read More

6 Reasons Why Gold and Silver Are Going Higher

This week saw gold cross the $1,400 barrier for the first time, before it pulled back. Is the gold bull market over? Ha! Since my $50 Silver and $2,500 Gold report launched Oct. 8, gold gained more than $150 to its recent peak — at a time when many people were expecting gold to take a trip back to test $1,000 an ounce. So we’re due for a correction, but it may not be nearly as deep as many people are hoping.

Corrections are a normal and necessary part of any bull market, and man, do I see this pullback as a golden opportunity — a chance to buy great gold and silver stocks that we missed the first time around! Meanwhile, silver is outperforming gold percentage-wise, just as I predicted in my report. Gold has done well, but silver is up more than 15% in a little over a month! Quite a move, eh? Now, the U.S. dollar is rallying — as I talked about in my Tuesday video titled Is the U.S. Dollar Poised to Rally? — and both gold and silver are pulling back.

Let me show you six reasons why this pullback may not be a big one and why gold is going much higher, and probably sooner than many on Wall Street believe possible.