South Africa imported a mysterious $1.1 billion in gold from the US in March 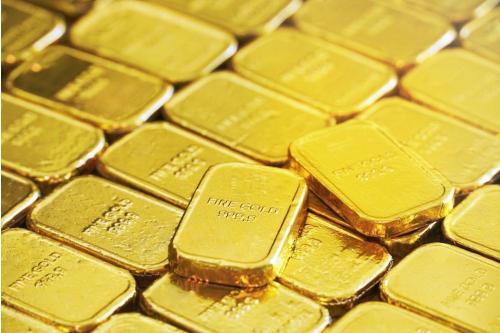 South Africa imported a mysterious $1.1 billion in gold from the US in March

Since September 2012, South Africa has twice imported massive shipments of unwrought gold – an odd occurrence has given that gold and other metals mined in the country is a primary export reported Quartz.

Writers at Quartz noticed the anomaly while reviewing US trade data, noticing that in January 2013 South Africa’s $402 million trade surplus with the U.S. flipped and became a $689 million deficit by March. It pinpointed that the $1.1 billion differentials could be entirely attributable to large shipments of gold from the U.S. to South Africa in February and March.

The article stated that 20,013 kilograms of unwrought gold, worth $982 million at the time were transported to South Africa from New York’s John F. Kennedy International Airport (JFK). This data was discovered in information released by the U.S. Census Trade Division.

The term “unwrought gold” refers to gold that has not been formed into bullion, jewelry, powder, or currency. Both cast bars and bars created from gold scrap count as unwrought gold.

The shipments from JFK were the only unwrought gold to leave the US for South Africa in 2013; another large shipment occurred in September 2012.

South Africa’s mining industry is massive, although output has been declining for decades, and it is primarily an exporter. Most South Africans are legally forbidden from importing or owning unwrought gold. Refiners, dealers, and jewelers have issued permits.

Gold output fell sharply last year, at the time of another large gold shipment from New York in September 2012.

The article on Quartz suggested that perhaps it was the South African Mint that imported the gold from the U.S. It produces legal Krugerrands, which are refined by the Rand Refinery.

The shipments to South Africa amount to 16% of all unwrought gold exported through JFK in the first three months of 2013. The gold was not necessarily shipped at the same time, but it could have been. It would have taken up about the same amount of space on a plane as a washing machine.