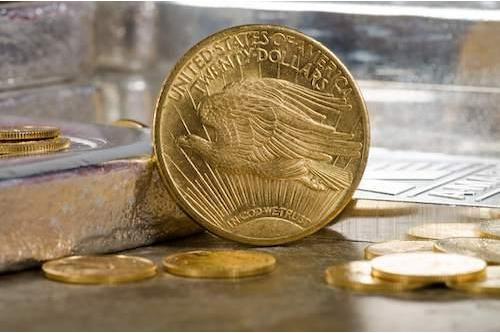 Collections of rare coins are frequently sold for extraordinary amounts of money. Collectors and investors alike consider holding these coins to be a very smart investment strategy in many cases.

When it comes time to earn the proper value from these coins, many make the mistake of thinking that choosing an auction is better than going to a dealer known to buy rare coins. The truth is there are a lot of factors involved in getting the most money for the rare coins you own.

As noted by many coin market experts, collectors relying on auctions to sell their rare coins may not be getting the prices they could if they took those same specimens to a dealer instead.

It turns out that those who buy coins at auction, while paying incredibly high prices, are paying for many costs on that coin which do not end up going to the seller.

Many of those who buy rare coins hold out for auctions because they are exciting events, but this does not mean they are getting the best bargain even though they are sometimes getting the only bargain on a particular specimen if there are so few in existence that one may not come up for sale again during their lifetime.

When a seller takes their rare coins to a dealer or other otherwise arranges a private sale instead, they can reduce significant fees that auctions pile on, bringing down the price for the buyers and raising the amount of profit they realize from the sale. This can be quite significant in the case of extremely rare specimens where the auction would be taking thousands, tens of thousands or even hundreds of thousands of dollars in fees.

The Slow Process of a Coin Auction

It should also be noted that when a collector puts their coins up for auction, there is often going to be a significant waiting period between doing so and the actual holding of the live auction.

In the interim, prices can fluctuate and events such as a war or economic downturn could send many potential buyers out of the market just as the coins are being auctioned, causing them to bring in a far lower price than they otherwise would. Of course, dealers do charge commissions for the work they do in marketing coins on behalf of a seller or they may pay a set fee if they want a specific coins for their own inventory. The situation is more fluid when working with dealers; this is sometimes what collectors prefer.

Dealers vs. Auction Houses: Consider Both.

It is up to the collector or investor to decide which is the best way for them to sell their rare coin collections, or specific specimens, but knowing your options helps. It's always a smart idea to talk to both dealers and auction houses before making a final decision, as well as speaking with other collectors who have sold rare specimens so you can learn about their experiences.

Posted in: Selling Precious Metals
By U.S. Gold Bureau
More from this author
Did you like this post?
0
0
Search The Blog
Categories
Recent Posts