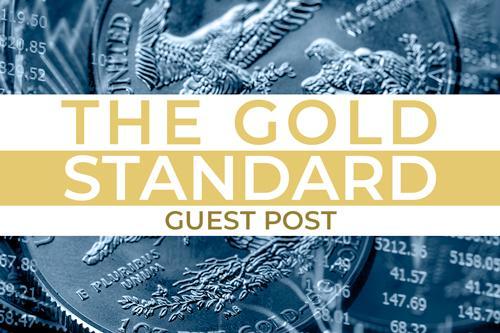 Some call it a conspiracy theory. Others say it’s a myth. But documentary evidence reveals currency markets are manipulated and precious metal prices are suppressed to defend the U.S. dollar.

The federal government and its banking accomplices for decades have intervened in gold and silver markets to protect the world’s reserve currency from its primary nemesis: precious metals.

Since the 1960s, the U.S. Treasury, bullion banks, Federal Reserve and other Western central banks have sold, swapped and leased gold to contain its price. In 1974, gold futures trading began on the COMEX in New York, allowing manipulators to create an endless supply of “paper gold” to control the price of physical metal.

While politicians and mainstream media organizations remain largely silent on the price suppression scheme, the ongoing manipulation of the monetary metals has been well documented by the Gold Anti-Trust Action Committee.

“There are no markets anymore, just interventions,” declared Chris Powell, who co-founded GATA in 1999 to expose the collusion to control the price and supply of precious metals.

The evidence gathered by GATA is indisputable. Some is part of the public record, such as Alan Greenspan’s 1998 congressional testimony in which the former Federal Reserve chairman asserted “. . . central banks stand ready to lease gold in increasing quantities should the price rise.”

Or the admission by Jeffrey Christian, managing director of the CPM Group, who during a 2010 Commodity Futures Trading Commission (CFTC) hearing on silver price manipulation stated precious metals “trade in the multiples of a hundred times the underlying physical [metal] . . .”

Despite the extensive and growing body of proof, some continue to deny market manipulation or disregard efforts to expose the corrupt scheme. Ignoring the evidence, however, becomes increasingly difficult as the U.S. dollar loses purchasing power and more individuals, institutions and nations acquire gold and silver to preserve wealth, diversity investment portfolios and seek alternatives to the declining dollar.

Precious metals aficionados, sound money supporters and free market advocates would do well to examine and disseminate the evidence in GATA’s online archives or to read my book, “Rigged: Exposing the Largest Financial Fraud in History,” which documents decades of market manipulation. Readers will discover rigging and suppression of gold and silver prices are more conspiracy than theory.

“Rigged: Exposing the Largest Financial Fraud in History” is available in ebook and paperback at Amazon.com and other online retailers. Signed copies or bulk purchases can be ordered by emailing the author at srenglert@comcast.net

Posted in: Investing, Gold, Platinum, Palladium
By Stuart Englert
More from this author
Did you like this post?
0
0
Search The Blog
Categories
Recent Posts