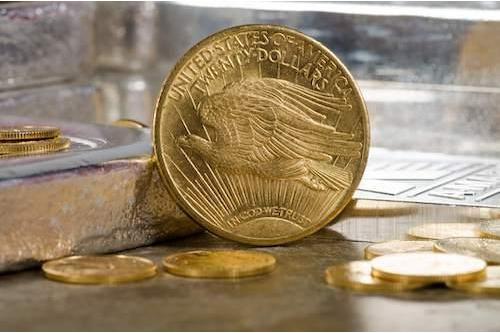 Among investors today, there is a great deal of discussion over the role that gold should play in one's portfolio. Various voices in the media have debated whether or not precious metals are the ideal solution for long-term investors or whether riskier assets with potentially higher returns are worth taking a gamble on. When top analysts suggest buying gold as a significant percentage of one's portfolio, however, it seems that they have the backing of powerful financial entities such as the European Central Bank, which reportedly holds more than $667 billion in gold bullion at this time.

A recent interview broadcast by the Motley Fool has gotten the attention of those looking to add precious metals to their holdings. In it, famed financial blogger Eddy Elfenbein shares his thoughts with host Brian Richards and surprises the audience by speaking not just about gold but mentioning its historical features extend past its mere holding of financial value.

"But gold is an asset like no other," Elfenbein said. "Gold has been a dream of mankind since the dawn of time. Gold is mentioned in the Bible hundreds of times. Gold never rusts, did you know that?"

Plenty of gold investors understand the properties of the precious metals they choose to hold is an important part of owning them, say experts. Even gold pulled from the tomb of an Egyptian pharaoh could be used today as a filling for someone's tooth, the blogger told the audience, something that cannot be said about other investments and assets. While these facts may seem superfluous to some, they play a truly important role in understanding why Elfenbein is calling gold an anti-currency.

The value of gold to the world at large today, Elfenbein went on to say, is even more important when so much of humanity's effort and wealth is tied up in intangible assets. Gold can be seen, held and used today just as it could have been thousands of years ago.

Rises and falls are a part of holding gold investments, the broadcast pointed out, just as could be said of any other asset. There are things that can negatively affect gold, but in comparison to currency, it is quite resilient. The best part of its value comes from the fact that if currencies do fall flat, gold prices nearly always rise. This is where the yellow medal really shines; it is able to counterbalance cash holdings so that when the value of any given currency drops dramatically, gold nearly always holds its value steadily.

"People who invest in gold need to understand that you're investing in the not-dollar. That's what you're doing as much as you're buying gold," said Elfenbein.

This last and most salient point will definitely be talked about and debated in the weeks to come, but what most of those who hold precious metals understand is that this is precisely the point. Instead of having a lop-sided portfolio vulnerable to so many changes that affect other assets, those who hold gold have something of a safeguard that they can turn to.

After all, a metal that can be stretched for 50 miles using only a single ounce, as Elfenbein reminded viewers, still offers a great deal of value to the world.