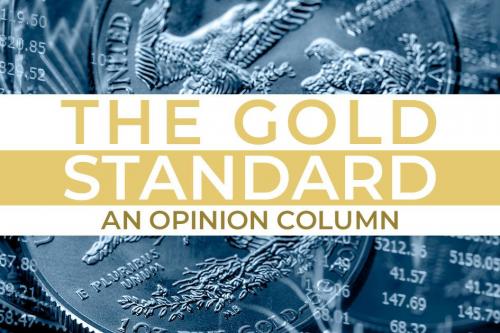 Joe Biden’s U.S. presidential win was certified by Congress on January 7. Markets reacted sharply. The gold spot price experienced its biggest drop since November 2020, followed by a small rebound, and finally settled down $63.80 from the start of trading. Silver settled down $1.71 and platinum and palladium both settled down $53. Gold futures also dropped by more than four percent, as yields for U.S. government bonds extended their weekly climbs that have changed investors’ appetites for bullion, which, for some, competes against sovereign debt. The U.S. dollar also strengthened its position, causing metals prices to erode further.

Most people are a little confused by the market’s reaction. Many thought it was going to go the other way; precious metals were to rise up significantly, 10-year yields down and the dollar in the tank. Although the long-term scenario may be just that, the short term went the other way. What we may be seeing is a tremendous buying opportunity. A famous quote from Warren Buffet tells us to “Buy on the dips…” However, the U.S. Gold Bureau is more about preservation, not speculation. Even though Biden has announced his plans for raising taxes, which include potentially bailing out California, Illinois and New York, reinstituting the NAFTA agreement, strengthening trade with China, and reentering the 1.1 trillion-dollar-a-year Paris Climate Accord, it is very hard to predict where any of the stock or commodity prices are going. As a savvy Wall Street investor once said, “…just when you think it is going one way, it U-turns and goes the other…” Don’t forget that precious metals spot prices are leveraged in paper about 5-to-1 in exchange traded funds (ETFs) like GLD and SLV. When that ETF sells off, the spot price drops. Even though demand for physical metals is at an all-time high. Since the spot prices change daily based on a worldwide scale of different variables, they are mainly unpredictable.

Putting aside speculation and politics, Op-Ed writer Bill Stack wrote a very enlightening article last week entitled “Gold & Silver Shortages Up Ahead”, in which he breaks down how rising demand and a shrinking supply levels may end up signaling future unavailability of all precious metals. Please don’t forget about how the COVID-19 crisis has shut down many mines and increased the demand for metals over 900%. This caused the U.S. Mint to run out of gold and silver in March of 2020. So far, the U.S. Mint has pushed back its 2021 precious metal coin releases, leaving its product schedule for the year in an unknown, to-be-determined state. It’s also interesting to note that, as of August of 2020, the Federal Reserve stopped printing physical dollar bills to try and stop the spread of COVID-19 being transmitted on new physical money, and still has not resumed 2021 cash production.

Now, the conclusion to all this, in my opinion, is that our cash is being phased out slowly. Evidence of this includes shortages of cash change at grocery stores , the Fed stopping its printing of new bills, delayed precious metal coin production at the U.S. Mint , and the world’s central banks preparing their government-controlled block chain digital currencies to be rolled out soon. As a result of all of this, you may not be able to get physical precious metals in the future. My advice is to get them now, while you can, no matter the price. They may end up being your best salvation.

Posted in: Market Alerts, Gold Standard
By Nathan Lewis, Op-Ed Contributor
Did you like this post?
0
0
Search The Blog