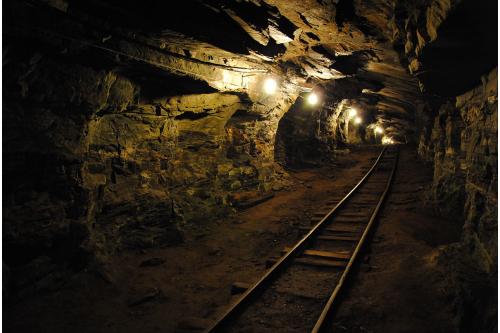 Bearing these facts in mind, here are at least two different factors that could hint at an increase in gold prices. Remember, while it is impossible to precisely predict the future, that shouldn’t stop you from intelligently speculating.

Currently, annual gold production is at risk of its capacity being significantly diminished.  This isn’t because the mines are empty, though. There has been a growing downward pressure on Latin American producers, both directly and indirectly, from American regulators. This is largely due to the illegal operations associated with many of the Latin American mines such as human trafficking. The price of precious metals will probably be impacted to some extent if government authorities continue to shutter these operations.

Peru and Colombia, the world's top two cocaine producers, now export more illegally mined gold than cocaine. Much of this gold goes to the United States.  The gold is easier to launder than cocaine or heroin, as it is able to legally traverse international borders as a legitimate commodity. Prominent refiners from countries like the U.S., Italy, and Switzerland can further assimilate this gold into the economy by introducing them to central banks or large jewelry manufacturers.

The concern over illegal gold mining has been growing. This is especially true in places like Latin America and Central Africa. One of the reasons for the recent growth of illegal mines is the inability of the legal mining industry to keep up with a global gold consumption; as of late demand has risen to around 4,300 tons per year.

Not too long ago an industry watchdog group known as Verite published an expose on gold production in the Americas. They discovered that 2/3 of all gold imported to the U.S. from Latin America comes from illegal mining operations.

With the illegal mining activity comes much of the same trappings and baggage that comes with international drug smuggling operations.  Drug cartels often own and run these operations, and the cartels will coerce the poor and vulnerable into working in unsafe, unsanitary slave-labor conditions.

The mines these workers toil in are frequently in remote locales that are difficult to escape from. These workers become debt slaves and are forced to handle dangerous chemicals and substances without any sort of proper protection.

There have been reports of such operations published by venues like Bloomberg and elsewhere. These articles have the implied goal of discouraging American consumers from purchasing gold and silver from Latin America.  The rationale is that Americans should not support an investment that could have ties to drug dealers and human traffickers.

However, people playing devil's advocate are quick to point out that a good deal of money laundering is believed to occur with the use of U.S. Treasury Bonds and dollar cash itself.  It's often claimed that some of the largest banks have made immense profits from laundering drug money, and have seen little prosecution for their actions. A simple Google search of "Banks laundering drug money" should yield ample examples and results.

If operations do come to a halt and the availability of gold diminishes, this may very well put an upward pressure on prices. Prices will be affected when the sources of supply are halted. This is true whether the gold is being mined legally or illegally. Essentially, this is a net positive for the holders of gold and for those considering purchasing gold.

What we must remember is that gold is an inanimate object, not capable of committing a crime.  As such, it should not be castigated as the villain of some conspiracy.  Gold is simply an arbiter of value and the malleable metal has been viewed as a practical preserver of wealth for thousands of years.

Now, it's obvious safe mining practices should be encouraged and human trafficking should be vehemently opposed. Regardless though, the worldwide demand for gold has continued to climb.  Efforts to restrict illegal mining are growing, and while the overall goal might be admirable from a social point of view, it is also necessarily bullish for the outlook of gold prices.

Mine Closures Liable to Drive up the Price of Gold

There are a lot of concerns surrounding illegal South American mines. One of these uncertainties is whether or not the U.S. will be aggressive in shutting these mines down. Ironically, the U.S. Mint is currently one of the beneficiaries and recipients of illegally mined gold from Latin America. It's also worth noting that the U.S. treasury Department oversees the U.S. Mint.  The main priorities of the U.S. Treasury Department are still a mystery.  Whether or not they'll suss out a proper way to source gold is something only time will tell.

If gold stays low in price and remains easy to accumulate, you could use that to your advantage. Investors might begin to clamp down aggressively on the commodity, and that is sometimes a signal that prices will, out of necessity, begin to rise. This provides further impetus to the wise investor to stock up now on gold before the supply-crunch hits.

The issues of silver don't directly correlate to those of gold. However, there are a number of other factors that could cause silver to diminish on its own. As many of you know, few silver mines exist. This is because copper and other base metal mines produce silver as a byproduct. These days there’s less demand for copper, so there's less mining of silver. This is in part due to less demand for copper, as well as consistent price drops for the metal. As such, silver isn’t seeing as much production. Remember, prices for a restricted commodity will tend to go up if demand for it stays constant.

In the end, it doesn’t matter whether the mining for silver and gold is legitimate or illegitimate. In fact, it doesn't even really matter whether it becomes stringently restricted or not. The signs point to a similar result regardless: higher prices for precious metals.

Posted in: Gold
By Bill Stack
More from this author
Did you like this post?
0
0
Search The Blog
Categories
Recent Posts