The Kilo Standard Has Been Redefined - But Why? 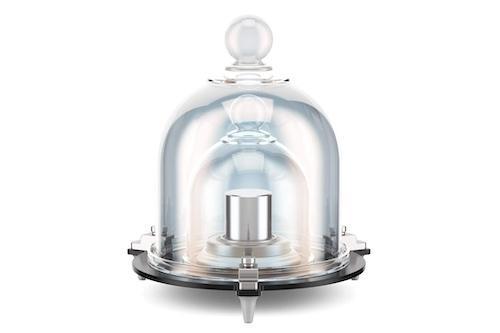 The Kilo Standard Has Been Redefined - But Why?

All standard ways to measure ordinary things in our everyday lives.

But have you ever stopped to think about what makes those inches, feet, pounds, and degrees what they are? How they came to be and what they’re based on?

If you’re anything like us, probably not. Recent news from the General Conference on Weights and Measures, however, shines a bright spotlight on those exact questions for one particular unit of measure – the kilogram.

Since 2011, scientists have been working feverishly to redefine the kilogram because of flaws realized with its physical iterations – a master platinum-iridium cylinder known as “Le Grande K,” or “Big K,” and its clones, which were deployed around the world for scientists and governments to use as national standards.

Since its creation, Big K has presumably been losing weight. Or perhaps its copies have been gaining weight? While it’s impossible to say for sure which scenario is the case, either way, this growing discrepancy posed significant risks for the future and stability of the global weight system.

In turn, the quest to redefine the kilo began. After seven long years of research, the scientific community cracked the code and established a new basis for the unit. This new definition ties the kilo to a fundamental factor in physics, called Planck's constant, versus to a physical object like Big K. The new iteration will take effect on May 20, 2019.

Before we dive into the ins and outs of this new 21st-century definition, let's head back to the 18th century – the Age of Enlightenment – to explore the kilogram’s history and origins.

The 1700s were a notably progressive period in human history. A time when thinking took root in reason and science was the driving influencer of the day. It was during this period of advancement and rationale that the scientific community developed a single standardizing system of measurement. A system, they hoped, would institutionalize the newly established foundational units and bring a collective understanding of measurements to the world. This concept was known as the metric system and, after some reformations over the years, is today referred to as the International System of Units (SI, for short, from the French, “Système international (d'unités)”).

Under this new Enlightenment-era system, measurements shifted from being defined by arbitrary and often vastly variable benchmarks – such as the length of a man’s arm – to being tethered to stable relationships and quantities from nature. For example, a meter was defined by a quantitative measure of earth, while a volume of water defined a kilogram.

The SI system of today consists of seven base units: the meter, the second, the mole, the ampere, the Kelvin, the candela and the kilogram.

According to Stephan Schlamminger, Supervisory Physicist at the National Institute of Standards and Technology and part of the cohort working to revamp the kilo, the SI was established as a means of making measurements “something for all times, for all people.”

In 1799, a master template for the kilogram was created, alongside one for the meter. These templates were physical objects that embodied the definition of their respective units. The master meter was cast as a platinum rod, and the kilogram, a platinum cylinder.

In 1889, both objects were re-forged, this time out of a platinum-iridium alloy. This kilogram iteration still exists today as Big K.

Over time, the seven base unit’s physical representations have been slowly replaced by fundamental constants – mathematical theories cemented in the laws of nature that would never change or disappear.

The kilogram is the last to transform.

So, why the shift away from physical representations to theoretical concepts?

For one, a physical object, as Schlamminger aptly points out, “…will not be for all time,” as per the original intent of the SI. Material things break, burn, melt or otherwise disintegrate, and therefore, can’t be wholly counted on to stand the test of time. We’ve seen this exact scenario unfold with Big K.

Furthermore, items kept under tight lock and key, as Schlamminger pointed out of Big K, are hardly “for all people.”

In response, the scientific community has continued to develop our world’s units of measure and refashion them into more resilient and sustainable concepts that will presumably stand the test of time.

With this recent news, it seems that the world has just gotten that much closer to realizing this dream.

At this point, you may find yourself wondering how all these profound discoveries and scientific advancements will impact your daily life. And you wouldn’t be alone! We found ourselves wondering this very thing, so dug deeper into what the experts had to say.

According to several sources, including National Geographic, The New York Times and the NIST itself, this change will not be felt in everyday life. You won’t be using a fancy new scale to weigh produce at the grocery store; you won’t need to memorize the 40+ decimal places that make up the value of Planck’s constant; and perhaps most importantly for you, dear reader, your precious metal pieces will presumably remain unchanged.

Where the changes will be felt, however, are in highly precise fields where extreme accuracy is imperative – and often the difference between life and death. Fields like medicine, research and manufacturing will need to adjust to this new way of calculating weight, but the common populace at large should be insulated from feeling any shifts.