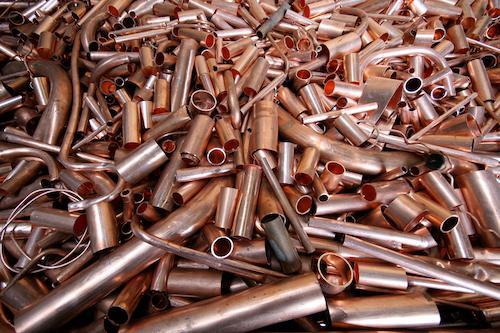 The U.S. Gold Bureau is excited to announce our new slate of one-ounce copper rounds – the Copper Mercury Round, Copper Buffalo Round and Copper Walking Liberty Round.

The one-ounce Mercury Round is a testament to the brilliance and beauty of investment-grade copper. The piece, made of .999 pure copper, pays tribute to early 20th-century American currency by boasting the famed Mercury Dime design initially created by Adolph Weinman in 1916.

The obverse of the piece replicates Weinman’s profile portrait of a young Lady Liberty donning the iconic Phrygian – or “liberty” – cap. The 1916 dime became colloquially known as the “Mercury Dime” because of widespread, albeit incorrect association, with the Roman god, Mercury. As legend has it, Mercury wore winged shoes and a winged cap, one that looked strikingly similar to the one worn by Weinman’s Liberty. According to the artist, however, the cap was not indicative of the Roman god, but rather, symbolized "liberty of thought." Either way, the nickname stuck and lives on to the present day. 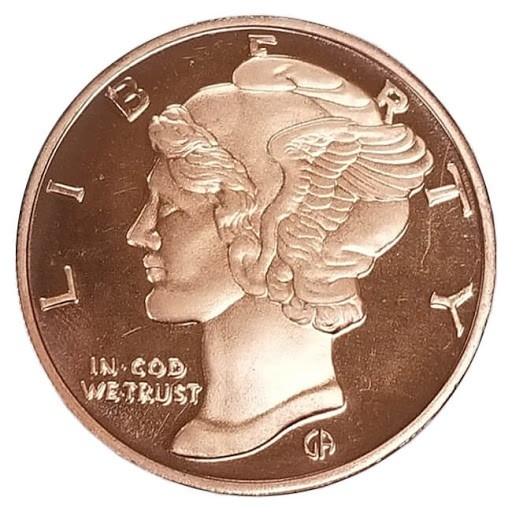 The copper round’s reverse also mimics the 1916 10-cent piece, depicting a fasces as the main image. The fasces, a bundle of wooden rods with a protruding ax that symbolizes unity and strength, is entwined with an olive branch, symbolizing peace. Lining the reverse’s top rim are the words, “UNITED STATES OF AMERICA,” with the piece’s weight and precious metal contents lining the bottom. The United States motto, “E PLURIBUS UNUM” is stuck on two lines to the right of the fasces.

Minted initially in 1913 for the U.S. five-cent nickel piece, the Buffalo Nickel or Indian Head design has lived on in the hearts and minds of American citizens to the present day. Shortly after the turn of the 20th century, the U.S. nickel was overhauled as part of the country’s quest to beautify its coinage.

The nickel’s new obverse, which is replicated on our new copper round, shows a profile image of a Native American man with braided and feathered locks. The portrait muse has been widely disputed over the years, with Fraser himself providing conflicting information. The designer noted that the image was not of one man in particular, but a composite based on his observation of many Native Americans. He originally named tribe leaders Iron Tail and Two Moons but claimed not to be able to recall the third muse. In 1938, after these initial remarks, Fraser proclaimed that the three men had been “"Iron Tail, a Sioux, Big Tree, a Kiowa, and Two Moons, a Cheyenne.” 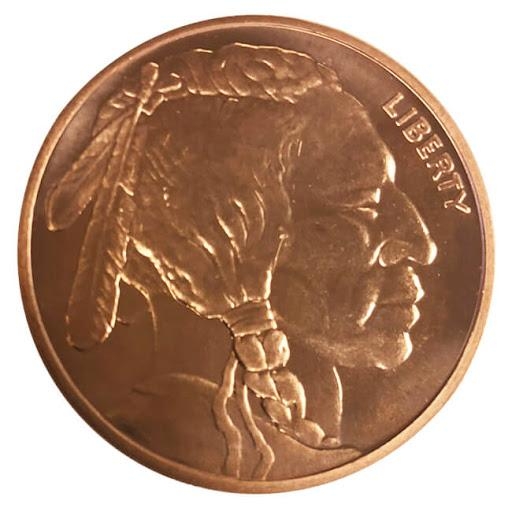 The round’s reverse depicts an image of the North American buffalo. Fraser claimed that the famed Black Diamond bison was his inspiration, although this fact is disputed due to Fraser incorrectly noting that his muse lived at the Bronx Zoo when Black Diamond lived at the Central Park Zoo.

Nevertheless, a stately buffalo stands proudly atop a patch of earth, flanked by the words, “UNITED STATES OF AMERICA” to the top and the round’s weight and copper contents to the bottom. Hovering above the animal’s back hip is the U.S. motto, "E PLURIBUS UNUM."

This round contains one troy ounce of .999 fine copper and boasts a brand new, uncirculated condition.

Another of Adolph Weinman’s early 20th-century coin designs is celebrated on the U.S. Gold Bureau's third copper round offering. The Walking Liberty design, which initially appeared on the U.S. half-dollar from 1916 to 1947, shows a stately Lady Liberty striding elegantly toward a rising sun, cradling a bundle of laurel and oak branches in her left arm. The sun shining over the horizon reportedly symbolized Liberty's advancement toward the dawn of a new day, and the branches were intended to epitomize civil and military glory. The copper round boasts the words, “IN GOD WE TRUST” on two lines to the right of Liberty. 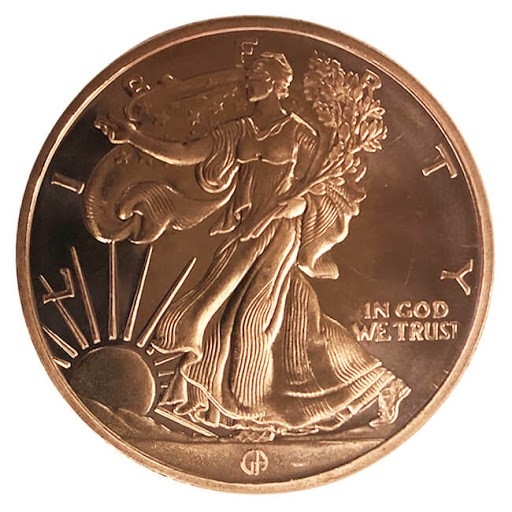 On the reverse appears a glorious American eagle with outstretched wings, clasping a flowing ribbon in his beak bearing the United States motto, “E Pluribus Unum.” In its left talon, the bird holds a bundle of arrows, and in his right, an olive branch. A shield covers the eagle’s chest and thirteen stars shine above its head. The words, “GREAT AMERICAN MINT” and “1 ADVP OZ .999 FINE COPPER” line the top and bottom rims of the piece, respectively.

Why is copper special?

Copper is perhaps one of the most well-known materials in the world today. And while most people probably come into contact with the orange-red metal on a daily basis, perhaps less familiar is copper’s history and breadth of application.

As one of the few metals that occur naturally in a ready-to-use form, copper has been known to and used by humans for an estimated 10,000 years. First appearing in the aptly named Copper Age, copper was the first metal to be smelted from sulfide ores, molded into various shapes and intentionally alloyed to create a new metal, bronze.

Today, copper is widely used across industries, most notably in construction and architecture, electrical appliances and industrial machinery. It is, of course, also associated with the American one-cent penny, although the coin has not been made of 100% copper since the late 1700s.

Copper is naturally soft and malleable and boasts very high levels of thermal and electrical conductivity – second only to silver. It’s also one of the only metals to appear naturally in a color other than gray or silver.

Is copper a good investment?

Despite its utility and widespread use, copper has mostly played third-fiddle to its more highly regarded gold and silver counterparts. While gold and silver may appear to be the more esteemed precious metals, copper is an economical option for investors looking to break into the market at a lower price point. Spot prices for the rust-colored metal have historically been significantly lower than those of gold and silver, meaning that an investor doesn’t necessarily have to have vast sums of cash to buy copper.

But lower prices don't necessarily equate to lower payouts. Often, the less expensive a commodity is, the more price swings it can experience. While extreme jumps in value are often scary to precious metals investors, with copper, the opportunity for substantial gains exists. As Investopedia puts it, “Gold isn’t going to double in value in a month…from a starting price of over $1,000 an ounce. Copper very well could.”

Of course, big swings can mean significant gains, as well as big losses. Thanks to copper’s commercial and industrial vitality, however, it’s hard to imagine the price dipping to zero any time soon.

If affordability is your strategy, perhaps copper is a good option for your investment portfolio. Buying from the U.S. Gold Bureau also allows for the opportunity to enjoy bulk pricing, meaning the more you buy, the lower the price point you pay.

To learn more about adding copper to your portfolio give our team of Precious Metals Experts a call at (800) 775-3504.