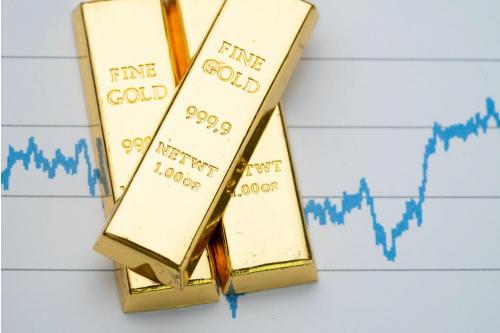 Gold News Coronavirus
When virus impact realization sinks in gold could spike to $2,000 this year

The long term economic effects of the coronavirus lockdowns could last for months, if not years, and the counter-intuitive occasional brief recoveries in the general equities markets could morph into huge falls in stock prices over many months.  If equities look to be potentially in freefall this could well lead to a surge in some precious metals prices once the realization begins to sink in.

In retrospect in the case of the USA in particular, as with many other nations, the virtual shutdown of domestic economies may well have been overdone.  In the USA the federal system does allow for strict measures to be taken in virus epicenters like New York and surrounding states while leaving other states to make their own decisions on the degree of restrictions to be imposed.

That this is already happening is the reality behind President Trump’s avowed desire to get at least part of the U.S. economy back up and running, perhaps a task made easier by the apparent decline in new virus cases beginning to occur.  The enormous economic damage caused by the lockdowns would also appear to be behind the easing of restrictions in China and parts of Europe, although there Is the possible risk of a second wave developing as a consequence.

We are, however. in serious danger of the measures taken to date being more damaging than the effects of the coronavirus itself.  Indeed we may already be too far down that particular road for anything other than a very slow, and long drawn-out, recovery to now be possible. Generally academic predictions have been so far over-pessimistic regarding reported spread and deaths and there will have to be an eventual trade-off between overall economic and psychological damage imposed by the sometimes draconian restrictions many nations and states have been imposing and the numbers of ‘acceptable’ deaths within the community.

That said, the emotive impact of an ever rising death toll makes for extremely difficult political decisions having to be made.  Writing as one who is very much in the at-risk category (over 70 with several serious pre-existing medical conditions) I still also appreciate that the imposed lockdowns are hugely damaging to the long term economic health of nations.  The restrictions imposed to date will have/are having an enormous long-term impact on the economies of the countries so affected.  This will increasingly necessitate governments to impose policies requiring a political decision to be taken balancing numbers of likely additional deaths due to an easing of lockdown restrictions and the benefits of attempting to revive national economies.

That the economic fallout will continue regardless, possibly for months, if not years, to come, must at some stage be reflected in equity prices which, in our view, will continue to drop overall for some time to come.  So far sharp falls have been interspersed with brief recoveries brought on by restriction-easing expectations, and central bank and government largesse.  Once the realization of long term systemic economic damage sinks in, and it will, safe haven counters like gold could really start to take off, although we are rather more wary about silver and the PGMs.

We might also expect local gold prices to vary dependent on the economic situation in each country,  However, with the world tending to accept pricing of the yellow metal in US dollar terms, the fluctuations in the gold price in local currencies are largely dependent on currency parities against the US dollar.  When the dollar index is particularly strong, as it was a week or so ago, this has led to near record gold prices being seen in some, if not most, global currencies, but the dollar has weakened over the past few days and such record gold prices will have fallen away – at least by a little.  Even so gold prices around the world in terms of domestic currencies are generally near their respective peaks almost everywhere which means gold is doing its job as a wealth protector in most nations.

So far, the equities investment sector is proving to be resilient, though.  It seems prone to react positively to anything which could be construed as even vaguely optimistic news.  We are already seeing this in Europe and Asia with upwards reactions to news of so-far extremely limited easing of lockdown restrictions in some countries.  This also seems to be the case in the USA where almost any news which might be considered positive, or even slightly less negative, seems to drive equities higher – at least for a short time.  Even so,  the markets all still remain nervous and are prone to sharp volatility.

The crunch may come, though, once the realization sinks in that the virus impact on the economy is likely to be far longer-lasting than most optimistic commentators would have us believe.  We are currently in what could be described as the ‘phony virus war’ in the USA in particular.  Markets have been driven down part way by adverse Q1 economic figures and a huge surge in unemployment.  But Q2 figures will be far worse as Q1 only incorporated the serious impact of the virus for a couple of weeks.  Q2 will include the impact for virtually the full quarter even if limited lockdown restrictions may start to be being eased within the next few weeks.  And contrary to the oft-touted opinion that the economy will bounce back sharply in the second half of the year, it will take far longer for many key sectors of the economy to recover the lost ground. Unemployment will linger too.   It will take years in some cases as the longer term psychological impact of the virus lockdowns changes peoples’ buying behavior patterns as well.

What may look to be pretty disastrous for general equities investors should, in theory at least, be hugely beneficial for gold which, in turn, could drag silver up with it.   Gold should really be the first choice here as one perhaps should not expect the kind of leverage over gold in a rising precious metals price scenario, which has historically been reflected in silver prices, to be evident this time around.  Silver may look appealingly cheap today, but the realization is currently ever-growing that it is no longer a true monetary metal, like gold, and is increasingly reliant for its demand on the industrial sector, which is itself in the midst of a major downturn.  And silver supply appears to be, according to recent detailed reports from the likes of the Silver Institute and the CPM consultancy, likely to see a substantial supply surplus this year, despite falling mine production, and such a surplus at a time of a big fall-off in industrial demand is not exactly positive for the metal price.  On the other hand, silver may gain some traction by virtue of its historical association with gold, but its now industrial demand connections could keep anticipated price rises more in check than they have been historically.  It has seen a small recovery vis-à-vis gold in the past few days though.

This industrial connection is also even more the case with the PGMs which nowadays are almost entirely industrial demand related metals – particularly so in the case of the recently high-flying palladium where demand is virtually wholly reliant on its use as an emissions control catalyst in gasoline powered car and truck engines.  The market for these has been decimated by the adverse economic effects of virus control measures and the effect on corporate and individual purchasing decisions which may linger for some time.  People may well be more inclined to put any excess cash into savings and hold off on buying high cost capital items for some time to come.

There has also been increasing advice out there that, if one is to place one’s reliance on gold to see you through the current virus-related economic crash, it is probably wiser to invest directly in bullion, rather than in paper versions thereof.  That does suggest that it may be sensible to own total control over your precious metals assets rather than rely on a third party for your investment, but if the holding is substantial it does raise security issues which could be costly in themselves.  One answer may be to hold one’s precious metals in a secure bullion vault with competitive vaulting rates, like the Texas Bullion Depository, the first to be established in the USA administered by a State government which gives it additional credibility and security.  For US Gold Bureau clients there is the additional benefit that the Depository site is adjacent to the Bureau’s facilities and was constructed, and is administered by, Lone Star Tangible Assets which is US Gold Bureau’s parent company.

With the overall economic situation likely to get worse before it gets better, safe haven investing may come to the fore and gold should be the principal beneficiary thereof.  With gold bullion apparently in short supply, scarcity makes for price positivity and we would not be at all surprised to see the yellow metal start to take off throughout the remainder of the current year.  Maybe it won’t fly to some of the kinds of levels continuously touted by the mega-bulls but we would not be surprised to see the price spike to the $2,000 level before the year end and perhaps double over the next two or three years depending on how long it takes the economy to make a real recovery from the COVID-19 – generated recession/depression.

Posted in: Investing , Gold
By Lawrie Williams
More from this author
Did you like this post?
0
0
Search The Blog
Categories
Recent Posts