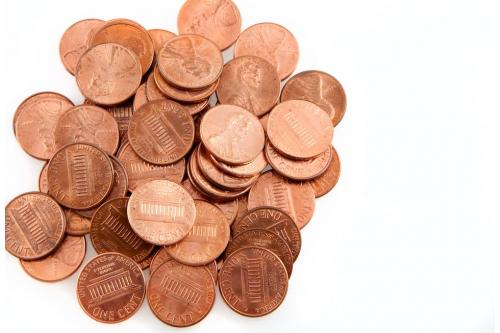 If you have ever considered starting to collect coins, you might have wondered where to start. While it is certainly possible to focus on many different types of coins from around the world, what we want to focus on today is starting with the smallest denomination possible: the humble penny. One thing anyone who is looking to buy rare coins should do before purchasing anything is a fair amount of research. It is too easy to spend, even on pennies, more than what something is worth; there is simply no need to do this when it can be avoided. Let's start by taking a look at the history of the penny.

The penny is a type of coin that typically uses copper in its minting. Most collectors focus on coins that were minted between the 17th and 21st centuries and pennies are not a common focal point for advanced collectors, but they can work well for beginners. While there are some instances of silver pennies, more often than not you'll find yourself collecting copper pieces. Nations that have produced pennies include the United States, the United Kingdom, Canada, Australia and Ireland. Elsewhere there are coins that represent a value similar to the penny, but they are not being referred to in this article.

One of the strong reasons to consider having pennies as a focal point for a beginning coin collection is that there is currently the talk of doing away with them. In New Zealand and Australia, five or 10 cents is the lowest denomination used because it is deemed a time-consuming hassle to deal with a one-cent piece during transactions. Canada joined this group in May of 2012 when it ended the production of pennies. For collectors, this could mean that as time goes on, and no more pennies are made, their rarity will increase. Obviously, such large numbers produced mean it will take many, many years for them to obtain real value in the collector's market but nevertheless the potential is there.

When it comes to choosing which pennies to focus on, you need to know which of these coins tend to be considered most attractive to collectors. Some people build their collections based entirely on what they can find still in circulation instead of buying coins. This is fine to do, though you should not expect to find the most amazing coins in very good condition. If you want polished, attractive pennies then you need to consider going to a dealer where you can buy rare coins and find elements to add to your collection.

Now let's take a look at two commonly collected pennies you may want to focus on:

Wheat Pennies - These are pennies minted between 1909 and 1956 which feature Abraham Lincoln on the face and design incorporating the image of wheat on the back. You can look for both copper and steel varieties of this penny, the steel variants being produced during World War II. These can still be found in circulation today and even in bad conditions, they are worth more than their face value. These would be the very simplest type of pennies to begin collecting.

Indian Head Pennies - Minted between 1859 and 1909, these pennies feature an Native-American profile on one side and a design which incorporates a wreath and U.S. Seal on the reverse. These pennies are more rare than Wheat Pennies and you can expect them, when in decent condition, to be worth anywhere between just a few dollars to thousands of dollars. They are certainly worth being  on alert for.

As you can see, even the humble penny can be collected by those who love coins. There are more pennies from different nations to learn about, but in the United States these two types can still be found easily.