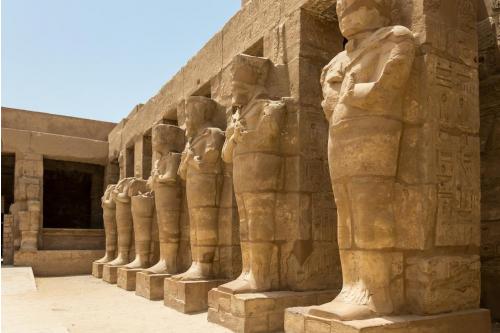 Posted in: History , Platinum
By U.S. Gold Bureau
More from this author

The Egyptian civilization is surrounded by many mysteries, some of which may never be explained. Their customs and practices are well documented in hieroglyphics, but much of what we know is assumed. Their work ethic and artistic qualities are apparent, as their pyramids were built by hand and their tombs were decorated with precious metals such as gold. However, platinum was also a widely used material in Egyptian culture. While the precious metal may not have reached its modern historical peak until the 18th century, it was seen as an influential part of many caskets found in the ancient Egyptian city of Thebes.

In fact, its oldest recorded use was in 700 B.C. in the particularly famous Casket of Thebes. The small box was decorated with hieroglyphics in gold, silver and platinum. Thebes was a unique city in that it demonstrated strong characteristics in the arts. It was one of the first cities to develop its own distinctive style of tombs. Workers would decorate the exterior sides with precious metals, broken down from gold or silver bars. However, on the front of the caskets were detailed depictions of the people who were encapsulated inside - all of the tombs were custom designed. Precious metals were of extreme importance to the Egyptians for various reasons.

While many believed it to indicate wealth, others found it to be an invaluable part of design and construction. The metals were used in the making of many caskets, currency and religious artifacts. The Egyptians believed that these precious metals were worth investing in, whether for monetary purposes or for their alluring qualities. Today, collectors buy gold, silver bullion and platinum coins as a way to diversify their portfolios. These products have a well-documented history, and those who obtain quality pieces are holding on to an influential part of the history of humankind.