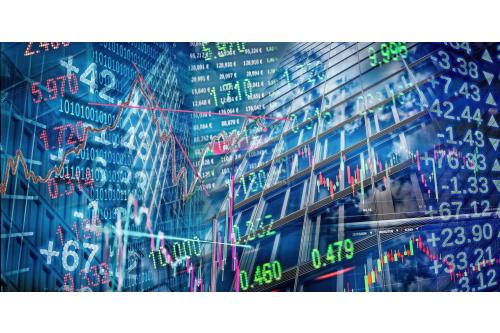 75 views
Precious Metals Stock Market
After enjoying predictable returns over the past decade, stock market investors have felt quite the shock as volatility has re-entered the market. In seven of the past nine years, the S&P has boasted double-digit returns. In 2017, the S&P 500 also returned 22 percent. But in 2018, The S&P 500 lost 6.2 percent- its worst showing since the Great Recession. What might be even more unnerving to potential investors in the stock market is the erraticism the market is exhibiting as we saw the return of mad market swings. Oversold declines followed by false rebounds. On five different days last year, the Dow moved 1,000 points or more. Moves like that in the marketplace have only occurred a total of eight times in history. The fact that five of them happened in the last calendar year is quite significant. Many are arguing that the market volatility is simply returning to normal levels and that the massive changes the market experienced in 2018 felt drastic because of such a calm 2017. These observations seem to severely downplay the fact that five historically large market swings occurred in 2018 and that investors can expect more of the same in the upcoming year. This type of volatility is the kind that could make sheepish investors run to safer pastures.

Major players in the market haven’t seemed to get over their 2019 hangover either, with some heavy hitters losing big in the New Year. Apple’s stock dropped to $142.19 a share, down about 40 percent since its October peak and subsequently dropped to the fourth largest US company by market value, behind Microsoft Amazon and Alphabet. Over the last few months, Apple’s market value has lost more than $400 billion and to begin 2019, Apple’s stock was down 9 percent after the company lowered its first-quarter guidance, pointing to slow sales in China. But don’t worry about Tim Cook, whose 2018 yearly bonus was still the largest any Apple CEO has ever received- a whopping $12 million. And with uncertainty regarding the global economy, particularly in Europe and China, trade tensions between the US and China, gradually increasing interest rates, as well as Congress and the White House no closer to breaking a government funding stalemate as top lawmakers have dug in since the White House’s briefing on a President Trump’s border wall- uncertainty and volatility appears to be the new normal in the New Year. Although Trade talks are ongoing with China, Trump has said that if no resolution can be agreed upon, he would start the trade war back up by March 2. Initially, talks were to only last two days but went on for three because both sides were “serious” and “honest,” according to Gao Feng, a spokesman at the Chinese commerce ministry. The United States has presented China with a long list of demands that would rewrite the terms of trade between the world’s two largest economies. These changes include changes to China’s policies on intellectual property protection, technology transfers, industrial subsidies and other non-tariff barriers to trade. And as we approach the halfway mark of the ninety-day truce, the market has responded to optimism around the three days of talks between China and the US though there have been very few concrete details on any sort of progress being made between the two countries. Despite the lack of progress, The Dow and S&P marked a fourth straight gain. Trump has said that he would increase duties to 25 percent from 10 percent if no deal is reached by March 2 and has threatened to tax all imports from China if it fails to cede to US demands. We have also passed the 20-day mark of the government shutdown (now also the second-longest government shutdown in forty years) initiated over border security and President Trump’s proposal of funding for a more than $5 billion wall. And the most immediate problem other than the 800,000 government workers who are currently not receiving a paycheck, is a lack of clarity about what’s going on in the economy at a time when worries about a recession have grown and investors are anxious. Many key reports including housing and the trade deficit that normally readily available are currently not released because their respective agencies are currently closed. If the shutdown persists, other critical surveys on inflation, business investment, and the gross domestic product could also be delayed. But the turmoil in Washington is most widely views as a contributor to the Wall Street selloff in December that wiped out all the stock-market gains for the entire year. “For the markets, the shutdown is just another reminder of how dysfunctional Washington is,” said Ethan Harris, global economist at Bank of America Merrill Lynch. “The market has been overwhelmed with uncertainty.” And even after Democrats and Republicans find a way to end the shutdown, the uncertainty may not end there either. Both parties have been engaged in long-running skirmishes over the level of federal spending and US debt. And most expect the volatility to stick around. Political uncertainty amidst worries of economic recession are major contributors toward investors’ uneasiness to keep playing heavy into a volatile market. Gold remains just under the key $1,300 an ounce level amidst market worries and the shutdown. Some are positing that once gold passes the $1,300 threshold, that there would be more space for rallies, potentially giving reliability for those looking to diversify from a market filled with volatility and uncertainty.
Posted in: Investing, Silver, Gold
By United States Gold Bureau
Did you like this post?
0
0
Search The Blog
Categories
Recent Posts