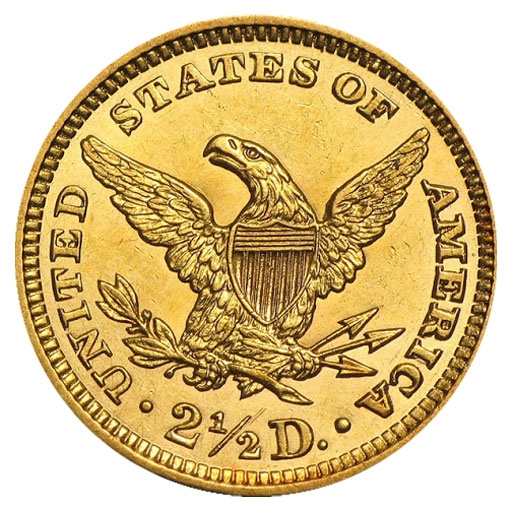 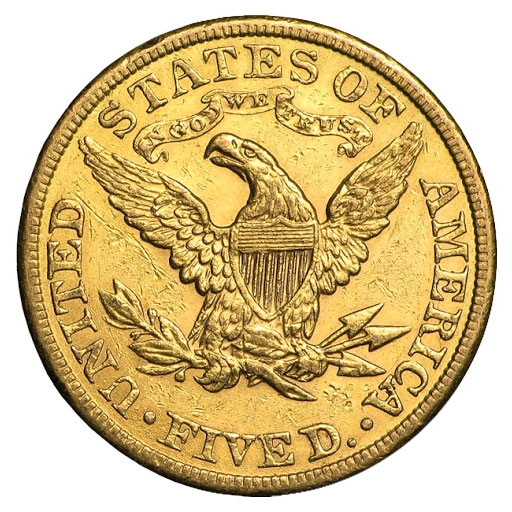 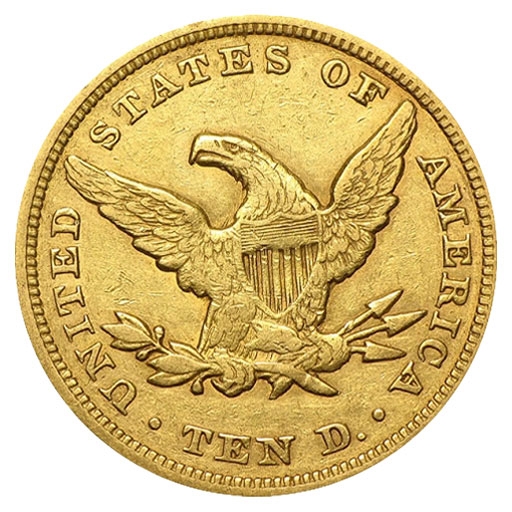 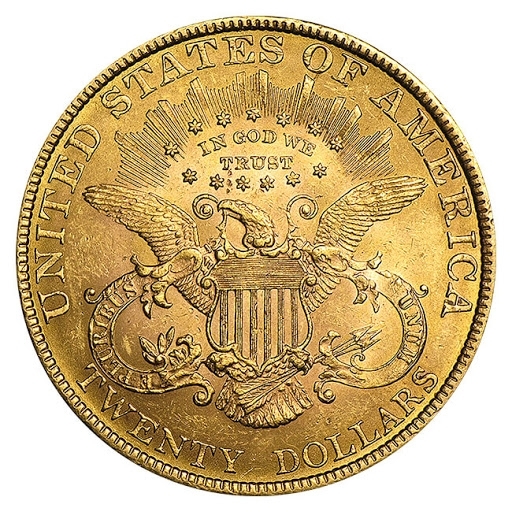 While several iterations of gold coins were struck over the years, none endured nearly as long as those bearing the famed and beloved Liberty Head – or Coronet – design. More on the Liberty Head.

per page
Filter
Filter By:
Clear All
Filter By:
Grade
Face Value
Year

From 1792 when American gold coins were first authorized for production, over the course of several gold rushes in the late-eighteenth and mid-nineteenth centuries, to 1933 when the U.S. Mint stopped minting gold coins for circulation, gold coins have sustained a long and storied history in the United States.

While several iterations of gold coins were struck over the years, none endured nearly as long as those bearing the famed and beloved Liberty Head – or Coronet – design.

Gold coins with this design, which depict a left-facing Lady Liberty on the obverse and the emblematic shield-bearing American eagle on the reverse, were initially produced in 1838 and ended their run in 1907.

The Liberty Head design was used for a staggering 69 years (1838-1907), exceeding any other version’s run by nearly half a century. Several denominations of gold coins were struck in the Liberty Head fashion, and the United States Gold Bureau offers clients the opportunity to own these gold investment pieces in various grades from NGC and PCGS in MS61 to MS64 condition.

Not only are gold coins a means of adding depth and value to any numismatic portfolio, but they are also a unique and meaningful way for buyers to invest in the narrative of American coinage.

The $10 denomination of gold coin was the first to be struck in the Liberty Head design, and began production in 1838. This was the first time the eagle was minted since 1804, prior to which it bore the Turban Head design. This is why the $10 piece was referred to as the eagle.

The Liberty Head eagle can be found in two variations: those with “no motto,” minted from 1838 to 1866, and those “with motto,” minted from 1866 to 1907. The “motto” in question is the famed phrase, “IN GOD WE TRUST,” and was added on a scroll above the eagle on the reverse of the coin. Other than this addition – as well as a minor tweak to Liberty’s portrait in 1839 – the design of the coin remained virtually unaltered throughout its production.

Mintage of the Liberty Head eagle was slow, not exceeding one million coins until the year 1847.

The half eagle went through two design iterations before being minted in Christian Gobrecht’s Liberty Head version in 1839. The Liberty Head half eagle also saw both “no motto” (1839-1866) and “with motto” (1866-1907) versions over its production span.

This coin is the only U.S. coin of a single design to be minted at all seven U.S. Mints: Philadelphia, Dahlonega, Charlotte, New Orleans, San Francisco, Carson City, and Denver.

Liberty Head quarter eagles were minted at Philadelphia, Charlotte, Dahlonega, New Orleans, and San Francisco, with respective C, D, O, and S mintmarks located on the coin’s reverse, above the denomination and below the eagle.

When the American coinage system was authorized in 1792, and for about a half-century after, there had been no plans to mint and circulate a gold dollar coin. However, several requests from lawmakers, three gold rushes and a resulting influx of bullion supply later, Congress was finally provoked into action and authorized a gold dollar coin in 1849 during the height of the California Gold Rush.

Shortly after, the American Civil War broke out, disrupting the U.S. economy and forcing federal coins out of circulation. It wasn’t until 1879 that gold circulated again, but even so, the gold dollar never regained its place in our monetary system. In its final years, the gold dollar was struck in small numbers, and production finally ceased in 1889.

The gold dollar is the smallest denomination of gold currency ever produced by the United States.

This denomination progressed through three different versions, or “types,” with Type I being the only version struck in the Liberty Head design.

The double eagle quickly became the most popular coin in the U.S. From 1849 through 1907, just under half of U.S. coins were double eagles, with 78% of the gold used during this time allocated for the denomination. The coin was minted in the Liberty Head iteration from 1849 until 1907.

Liberty Head double eagles were minted in Philadelphia, Carson City, Denver, New Orleans and San Francisco, each bearing the appropriate corresponding mintmarks. Philadelphia issues are the exception, with no mintmarks.

The double eagles were also subject to the new reverse design, which included the motto, “IN GOD WE TRUST,” beginning in 1865. However, the San Francisco mint continued to use up “no motto” double eagle reverse dies through this year before switching over to the new “with motto” version in 1866.

In 1876, the fifth Chief Engraver of the U.S. Mint, William Barber, who succeeded Longacre, altered the reverse of the double eagle to make the “IN GOD WE TRUST” motto appear more emboldened than before. The two versions are known as “heavy motto” and “light motto.”

Some of the pre-1933 U.S. gold coins have extremely low populations, making them among the most desirable gold coins among investors.

The Liberty Head is the longest-running design iteration of gold coins in U.S. history. Liberty Head coins contain 90% gold, making them an excellent way to add value and depth to any investment portfolio.

Coinage in general has endured a long and illustrious history in the United States. In 1792, the U.S. Congress passed the first Coinage Act – also know as the Mint Act – which, in addition to establishing the United States Mint and recognizing the dollar as the country’s standard unit of money, officially authorized the production of gold coins. In particular, the act established three initial denominations: the eagle ($10), the half eagle ($5) and the quarter eagle ($2.50). The half eagle was struck first in 1795, followed by the eagle later that year, and the quarter eagle in 1796.

After an influx of gold bullion flooded the U.S. market following the frenzy of the California Gold Rush, Congress was moved to create additional denominations of gold coins in 1849. These new values manifested as the gold dollar ($1) and the double eagle ($20).

In 1933, President Franklin D. Roosevelt forbade Americans from “hoarding” gold coin, bullion and certificates, citing such broad possession as stifling to economic growth during the Great Depression. As such, millions of gold coins were returned to the U.S. Treasury, where they were melted and cast into gold bars.

Most denominations of gold coin were struck in multiple designs prior to the adoption of the Liberty Head in the mid-nineteenth century. Historians are almost certain that Christian Gobrecht, third Chief Engraver of the U.S. Mint, created the Liberty Head design in 1838, which was first seen on gold eagle pieces. The design was altered at some point in 1839, and endured other slight modifications throughout the tenures of John B. Longacre, fourth Chief Engraver of the U.S. Mint, William Barber, fifth Chief Engraver, and others.

The Liberty Head came to be the longest-running design used in American coinage, being struck from 1838 until 1907. Following this famed design was the Indian Head for quarter and half eagles, and the Saint-Gaudens for the double eagle. 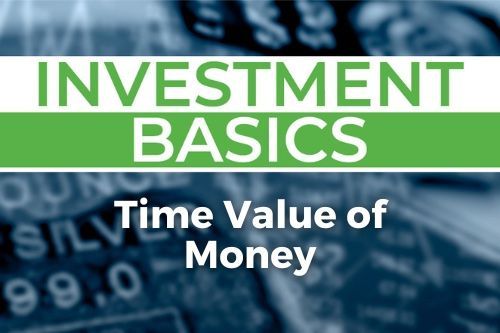 What is the Time Value of Money? How Does it Apply to Precious Metals?
The time value of money (TVM) is the idea that money today is generally worth more than the same amount of money in the...
Read more
Posted in: Investing