Gold as a Potential Currency 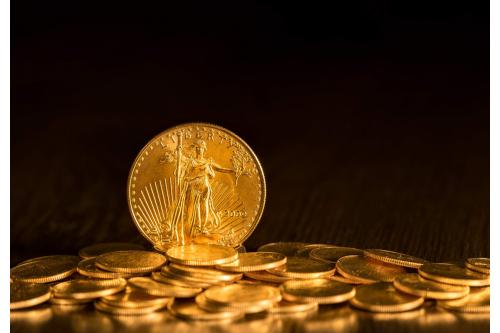 Gold as a Potential Currency

China, India, Brazil and Russia last year called for a replacement to the dollar as the main reserve currency, after the financial crisis sparked by the collapse of the U.S. mortgage market led to the worst global recession since World War II. The Euro is a poor choice to counter the dollar as is the British Pound. Britain's national debt is over 450 percent of GDP. As for the Japanese yen, it too is growing toxic. On a per capita basis, the Japanese government has the highest national debt levels of any industrialized nation. Its demographic time bomb is even worse than the United States.

The best way to counter the falling Dollar is an investment that does not rely on the performance of any government organization or individual. It's one that has a long history of being a refuge against currency inflation; one that has inherent value with no counter party risk; one that can be privately purchased, privately owned, and safely stored; and one that is eagerly sought and accepted around the entire world. That would be gold. China has roughly one-quarter of the world's entire population, and it has started to buy gold in extraordinary quantities. China is the third largest economy in the world, and nine years ago Chinese gold reserves stood at 394 tonnes (metric tons). That rose to 500 tonnes in 2001 and to 600 tonnes in 2003. Then the purchases stopped. Now they've resumed with a vengeance. China's gold reserves have jumped to approximately 1,054 tonnes. A few more reasons why gold is a great investment now, and could one day become the next world currency: Once the greenback loses its reserve status, severe inflation, possibly even hyperinflation could ignite in the United States in a matter of months. Gold will be the transitional currency; if not officially, then unofficially. If the dollar collapses, investors and institutions will stampede into gold for its stability, safety, and inherent value. The world's financial structure is going to change drastically over the next few years. There's still time to prepare for what will be a historic bull market in gold!

James DiGeorgia is the editor of the Gold & Energy Advisor and author of several books about gold and oil, including his latest release, "The Trader's Great Gold Rush: Must-Have Methods for Trading and Investing in The Gold Market." U.S. Gold Bureau customers can get a free 90-day trial to the Gold and Energy Advisor.
August 13, 2010
Did you like this post?
0
0
Search The Blog
Categories
Recent Posts