The Design Behind the American Eagle Coin 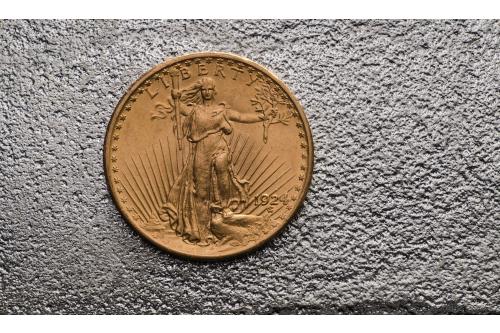 Spotlight on Coins
Posted in: Investing
No comments

The Design Behind the American Eagle Coin

The gold and silver bullion market continues to draw attention from collectors and investors in the United States. One of the most coveted and appreciated types of bullion is the American Eagle coin. The U.S. Mint first released this coin in beautiful gold and silver versions in 1986, and introduced a platinum version later in 1997. American Eagle coins are legal tender and have a fairly small face value, but they are minted and sold rather than put into general circulation. Instead, the coins serve as a convenient way to invest in precious metals. These coins come in several sizes, and give investors confidence that when they buy gold, silver or platinum coins, they'll receive the stated amount of a particular precious metal in its stated purity, backed by the U.S. Mint. The gold Eagles are sold in tenth-ounce, quarter-ounce, half-ounce and one-troy-ounce versions. The silver version of the coin is offered in one size, weighing in at one troy ounce of 99.9 percent pure silver. The U.S. Mint uses two famous designs for the gold and silver Eagles to make their worth and appeal truly historic. The front side of the gold coins is Augustus Saint-Gauden's design used on the gold $20 coin from 1907 to 1933. The reverse side is designed by Miley Busiek, and shows a family of eagles with the adult returning to its nest. The obverse side of the silver coin was adapted from Adolph Winman's Walking Liberty design, used on the half dollar from 1916 to 1947. The reverse features an eagle designed by John Mercanti. Investors interested in collecting these valuable coins may want to learn about the history of the releases before purchasing them. The American Eagle coins are a integral part of bullion collecting in the United States, and with each new year, a modern release is minted for people everywhere to collect and enjoy.
March 20, 2012
Did you like this post?
0
0
Search The Blog
Categories
Recent Posts